On my 'to do' list whilst visiting Nice, is to visit some of the surrounding villages and towns. The South of France is so well known for its hill top villages. I have already visited Grasse and Eze, which are such beautiful spots, i was keen to visit more. Saint -Paul de Vance has been recommended to me so many times, so on a day when the weather looked good, i took off on the bus. 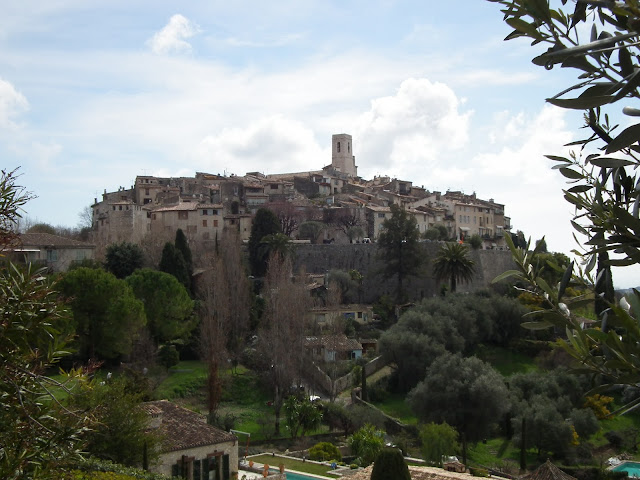 Saint-Paul de Vance is one of the most famous hill top villages in the South of France. The village like most  of the hill top villages, is the product of centuries of political turmoil in the region, being occupied and fought over since the 13th century. Its steep side gave it a strategic position, which was easy to defend.  Now its the home to artists and tourists looking for a part of traditional french life. 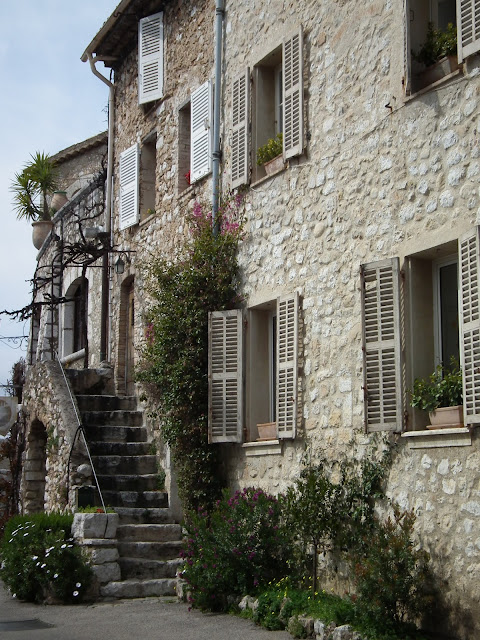 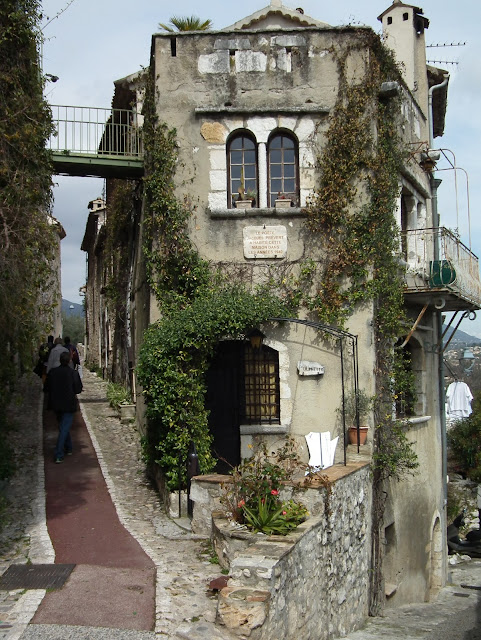 Its easy to see why this would become so popular with artists. Its hill top position looking over the French Riviera. Its slopes are still adorned with vine yards and flowers flowing through in the cracks of the stone walls. If i was a painter i would come here too. I spent my time wondering the streets and looking in a the many art galleries. 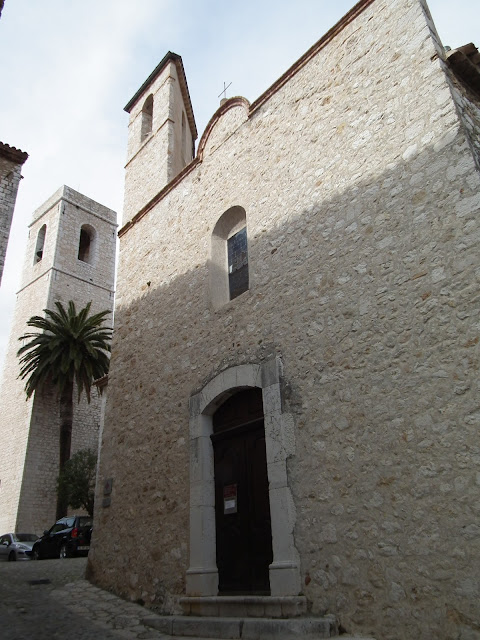 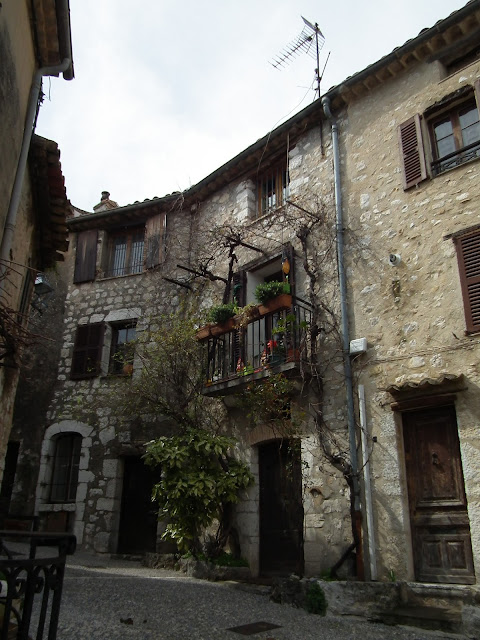 To get there from Nice (the eco friendly way), you can take the 400 bus . The bus like all public transport around Nice only costs 1 euro each way even as far as Saint-Paul's. You can get on to the bus at Avenue de Verdun, or stops along the Promenade des  Anglais, Though if you get on any later than the Avenue de Verdun, you will probably be standing for the entire 50 minute journey. 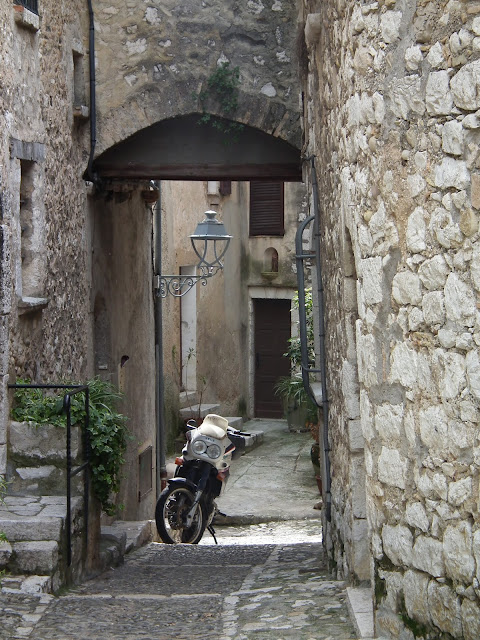 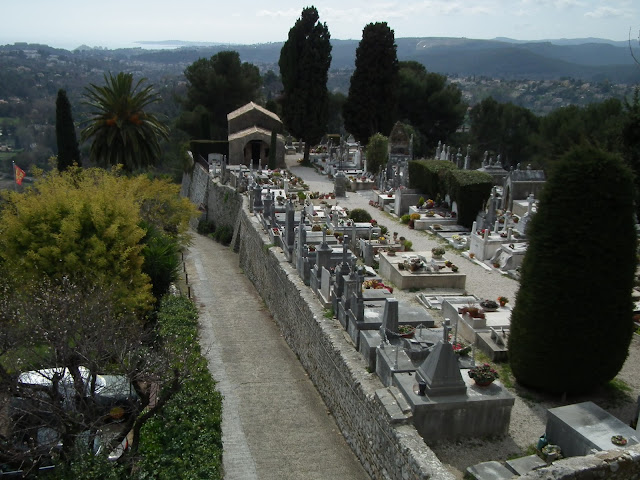 You can pick up a free map of Saint-Pauls de Vance at the tourist information  which is located just inside the main entrance. Then stroll among the narrow cobbled streets, exploring it many art galleries, shops, restaurant and little nooks and crannies, for hours. Unlike the hill top village of Eze, it is not as steep and is easy to get to from the bus stop, with out breaking out in a sweat. Though there are still plenty of steps and inclines to make it interesting. Saint-Paul is car free, but there is still access by car for local shops and residents. These cars and vans kept getting in the way of my photos  and i had to keep climbing up on to walls to let them past, which was the only downside. 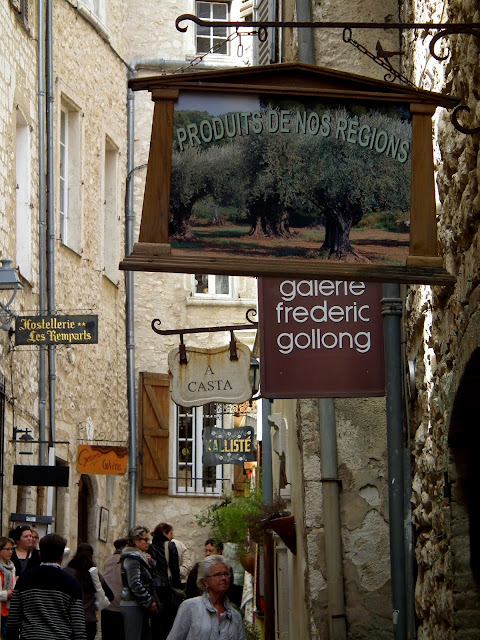 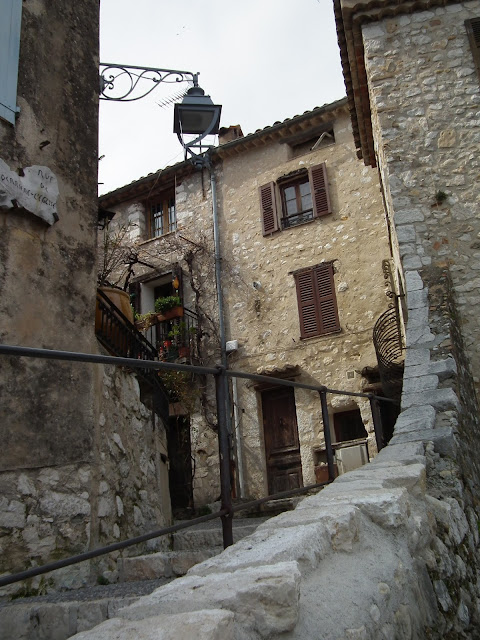 Also be warned like most of France a lot if the museums, shops and churches shut between 12 and 2 pm-ish. In high season this is less likely to be a problem, but in March, i had to wait 2 hours to go into the church and to go into some of the galleries. I have been in France long enough for this not to be a problem, i just use this time to have lunch and relax in front of the amazing views, Saint-Pauls has to offer. 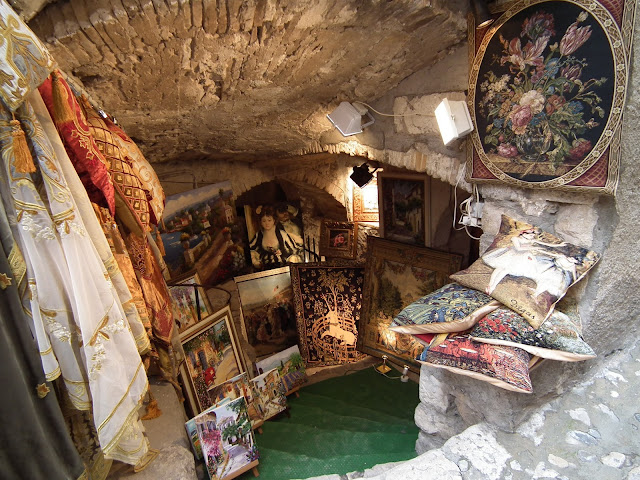 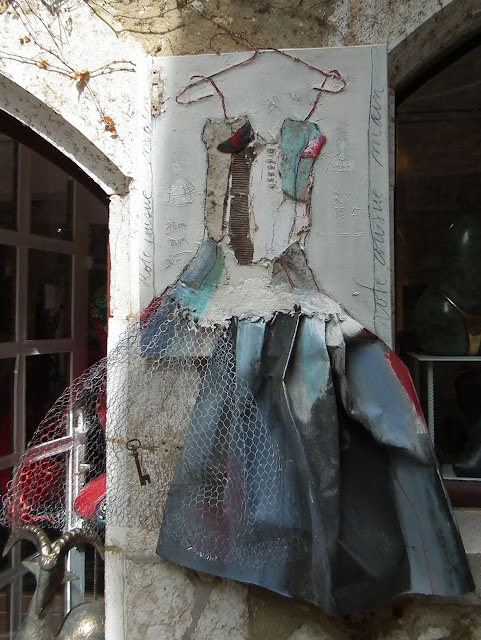 Saint-Pauls is the start of a couple of walking trails, ask at the tourist information for details. Two of these trails start opposite the bus stop. So i followed the sign post for Vance. Maybe this was not a wise idea, seeing as i did not have a map or directions. The path was easy to follow for the first couple of km's, but then the signs got confusing, and some were missing vital arrows to point you in the right direction. Needless to say i took the long route to Vance, though it was very beautiful, passing through gardens, forests and glens. 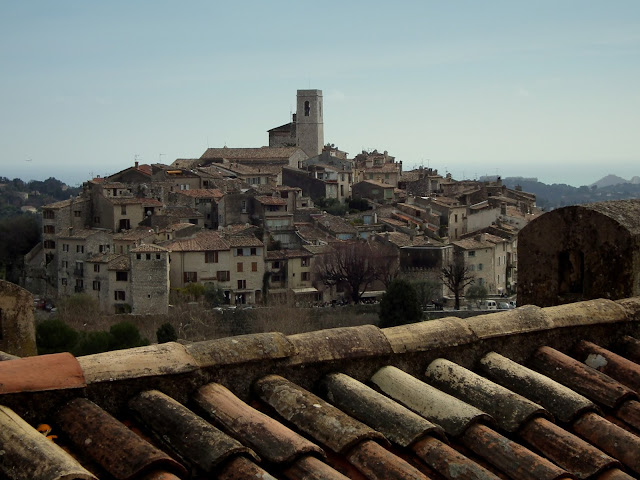 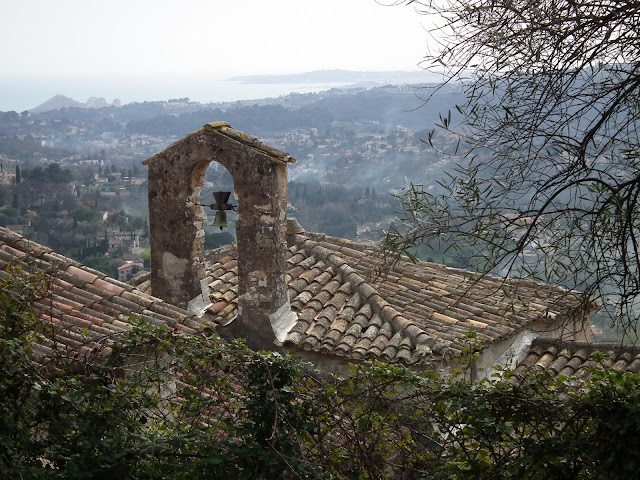 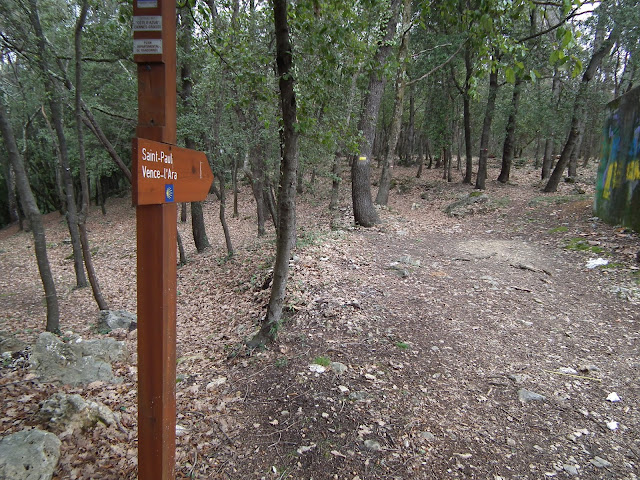 Posted by KnottedRose at 1:01 AM