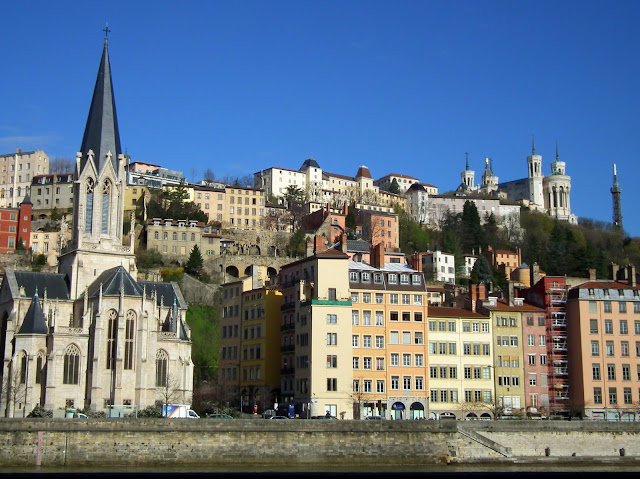 You know it is always said that if you want to learn a language you have to actually go to the country to learn. So this is what i am doing now. I am learning French in France and loving it.

I had taken french at school for 5 years, and had learn't how to say 'Bonjour', by the time i left school (in a very strong British accent). I also did a night school class for several months a few years ago, but only ever really learn't some words and phrases. Yet i have been meeting people on the road for many years, who all know how speak English and they have often learnt in only a couple of months.

Through studying their 'English language' text books i discovered two things: theses books are all in English and most have very few pictures. This is in stark contrast to the books i had at school. Speaking to people about what their English courses were like, they were all in English. I had also been looking into Teaching English as a Foreign Language (TEFL) and liked the way that these courses were taught, but ultimately decided that teaching would not be for me. 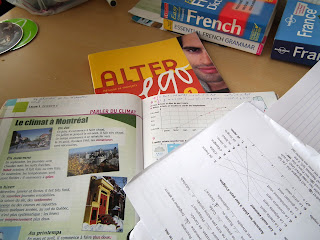 So i decided that i wanted to give this a try for myself. Find myself an intensive foreign language course which is taught totally in that language, preferably in that country. I chose french, as it was the language i was most familiar with. In August 2012 i tested that water by singing up to a two week french course in Nice, France with alpha-B. Could these guys teach me to speak french!!??

The course was amazing, i learn't loads. It was taught in a totally different way to how i had been taught in England. This is not to say i did not have problems thought, the British educational system has left me with out some basic knowledge, such as 'what a verb is'. This is something i am still trying to correct today sitting in yet more French classes, this time in Lyon, with Alliance Francaise de Lyon. Learning about adverbs, infinitives, nouns etc at home instead of doing my french homework.

In conclusion, learning french in a french school is by far the best way to learn a language, so i have decided to stay in Lyon a second month. As i feel that i am actually learning something, but feel it would all go to waste if i just gave up now. Also i now have a friend staying in Lyon, so it will be nice to spend sometime with her.

Back in August i started my first travel blog. It did not last long, i gave up after two weeks. But i did keep pretty good account of the french course and it is still pretty relevant, so i have decided to re-post the experience of the first 5 days of the course.
Posted by KnottedRose at 4:03 PM