Today i had a french test, did i pass? Hope so, as i am planning on spending the next month in Lyon studying more french, and don't fancy a repeat. But here is day 3 of my french course last year, when i wasn't worrying about passes or fails. 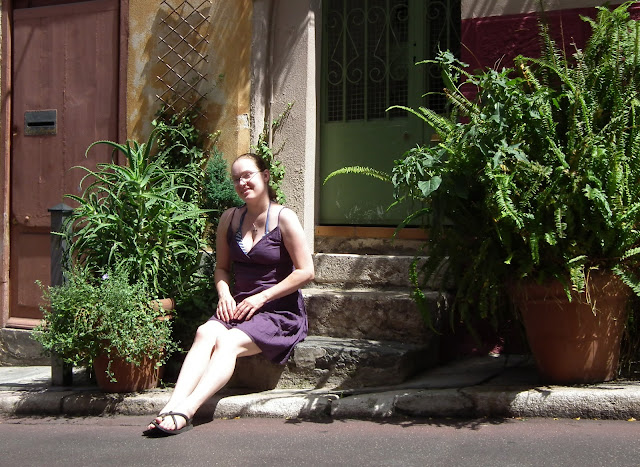 Ok I slept bit better tonight, it was still very noisy and the light kept on going on and off, but some of the noisier girls had left. hooray.

The class this morning went pretty much the same way as yesterday, except that I felt even more overwhelmed by French and some of the student seem to be following so much better than me. I left with a huge mental list of things that I needed to get to grips with before the next day:

So I headed up to the chateaux park on the hill to find a shady spot to study in. Parks are my favorite place to study. When I was studying for my final exams at uni, I went to Barcelona for a week so I could study in Park Gould. I just don’t find locking myself away in a dark room, when it raining outside very inspiring.

I got back to the hostel and made a bit of a stupid decision to go running (du jogging). I dumped all my stuff at the hostel and just took a small bottle of water and my travel pass. I decided to go down by the sea and I thought it would be cooler and it was. I managed a good 20-30 mins of running in before I got back on to the tram. The tram then had “difficulties technical”, and I was stuck on it for over an hour, already sweating and dehydrated from my run, the heat on the tram was unbearable. By the time I got back it was all I could do to eat and cool down watching the Olympics. Hooray we are actually starting to win some medals now.