In August i started my first travel blog, it did not last long, i gave up after two weeks. But i did keep pretty good account of the french course and it is still pretty relevant, so i have decided to re-post the first 5 days of the course. 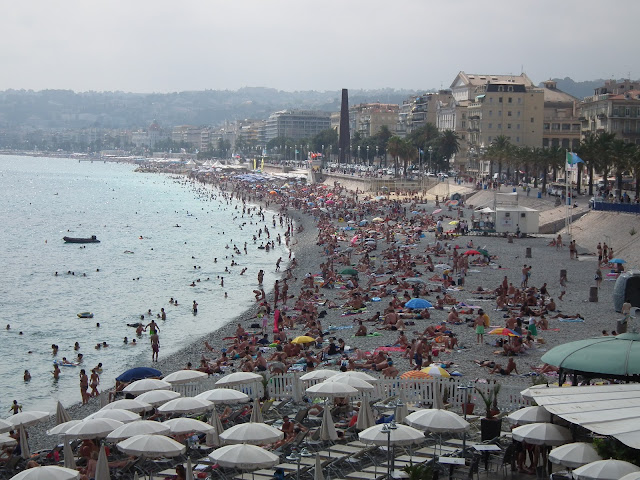 It turns out that backpackers and students don’t mix so well. I am now regretting my decision to stay in a hostel as the girls in my dorm did not go to bed, until 2am and thought our room was just an extension of the bar. I really thought about going to the kitchen in the morning and borrowing some sauce pans to bang, when I woke up at 7am just to get my own back. But I made do with deliberately walking into one of their beds on my way to the toilet, lame.

Ok a bit nervous about going straight into another class, I really hope that this is the right decision for me. There is a mixture of abilities in my new class, some people are about the same level as me and there are one or two who are like French dictionaries. My new class has a very lively teacher, Pricilla. She is so animated it is ridiculous, but this is good because she never breaks into English but I suspect she know how to speak it, each word that I don’t know gets an animated explanation in French. The class is much more intense than the one I was in yesterday. The words DIRE and VEUX are mentioned a lot and I am expected to know what they mean, I don’t. So I spend the whole lesson pretending so I can look it up at home. I manage to get out of the class without the hole in my knowledge being noticed. It turns out that dire is a verb meaning to say and veux from the verb vouloir, meaning, to have and to want.

After class I am exhausted, my head has hit French overload and I head back to the hostel, to catch up on some of the sleep I missed the night before. I then went swimming at Nice beach, and spend the rest of the evening revising what we did in class.
Posted by KnottedRose at 4:01 PM