I have been so busy recently with working, skiing and sightseeing that i have not have had chance to blog any of this, not to mention the computer issues that seam to dominate my life (4th computer in 2 years anybody!). 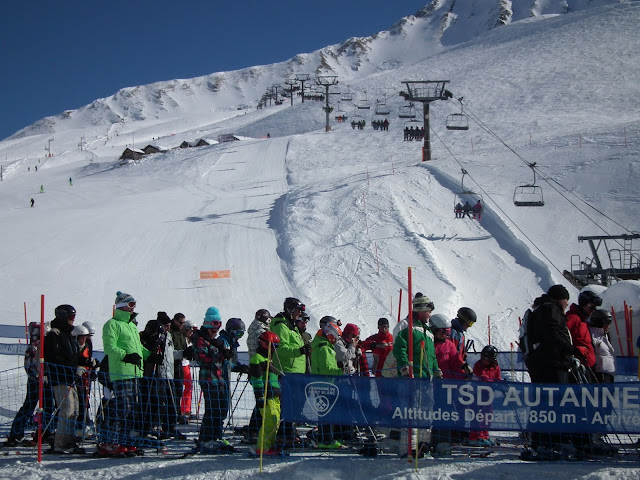 Just over a week ago now i used up one of my tokens that i get free with my Les Houches season ski pass, to go up Le Tour. We chose Le Tour because, because the landscape is so different to that of Les Houches; more wide open spaces than the narrow tree lined runs of Les Houches. Now i have the day off i feel the desperate need to write all this down, before it joins the blur of the rest my travels. 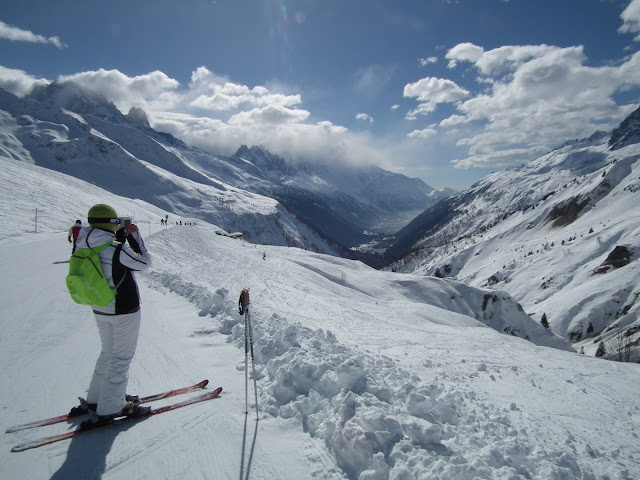 Le Tour was perfect for me and my friend as it has loads of gentle blue runs. We needed it after months of skiing as we are both suffering from sore knees. The main blue run, Liaison Balme which runs into Les Esserts, runs for kilometers at such a gentle pace that you don't really have to ski, just take in the great views as you glide past. 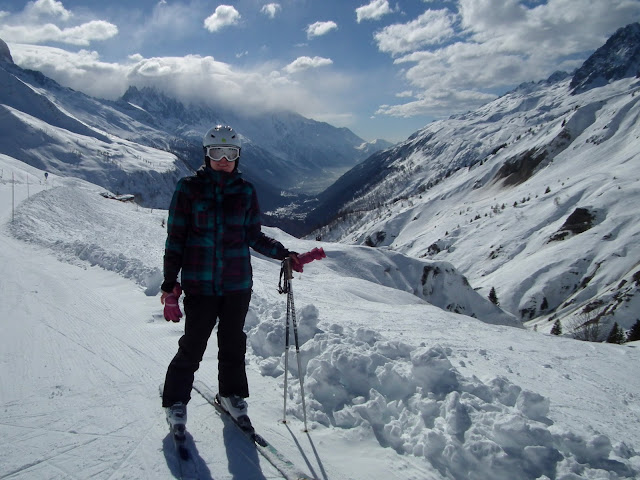 Not all the blue runs were gentle though, some seemed to me to be a little on the extreme side for a easy blues. The Bechat slope for example really tested my nerve. It was a steep and long decent that just seemed to keep going. I had to take it pretty slowly and watched as my friend completely lost control and crashed at speed. Luckily she was OK. Bechat will forever more be known as The Death Slide. 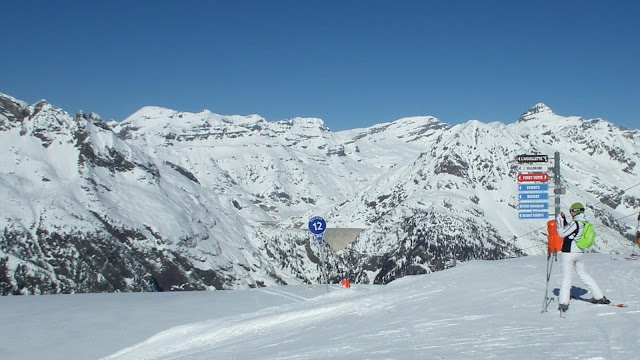 For lunch we stopped off at Restaurant Alpage de Balme (altitude 1990). The restaurant is 'al la cart', serving traditional Alps style food, so lots more cheese then. We both chose a 'Croute' bread and goat cheese dish, which was delicious and very reasonably priced. I also went a bit greedy and had a chocolate fondant desert. 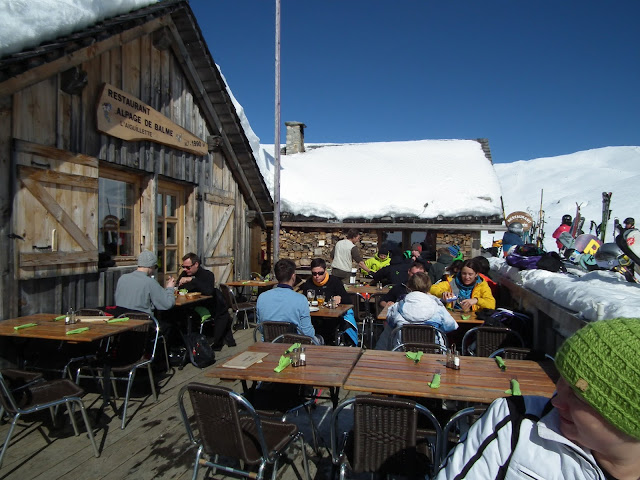 It was such a beautiful spot and a lovely restaurant that we spend a good hour or so there just smiling and appreciation the views. 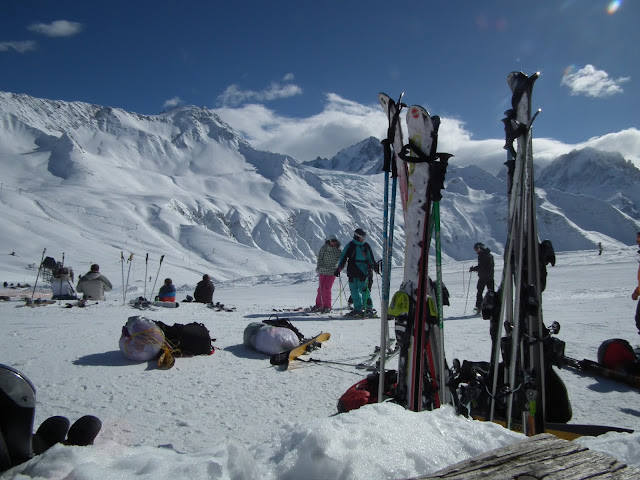 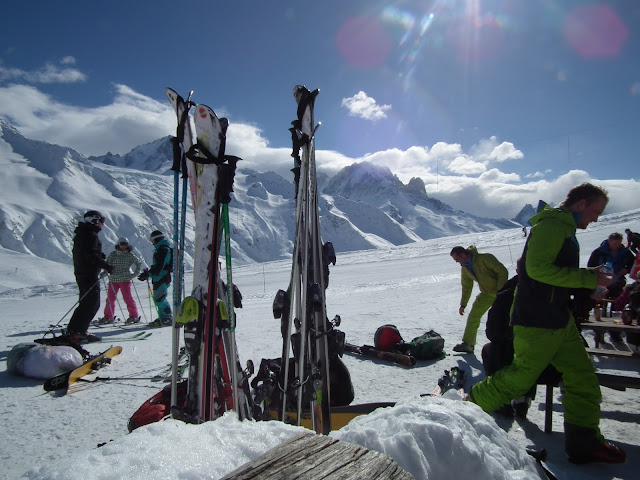 The afternoon was spent taking in more beautiful views and just really appreciation how lucky we are to be living and working in such an amazing part of the world. I don't think either of us could imagine a year ago that all this could be ours. 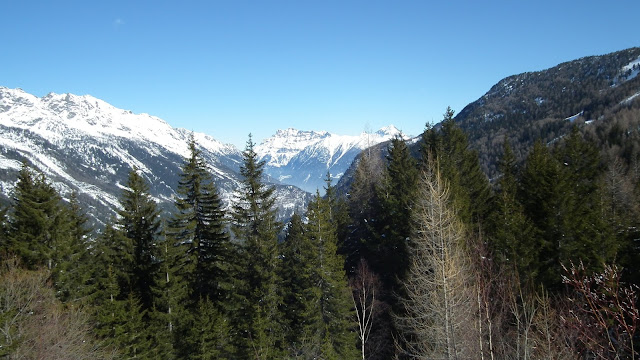 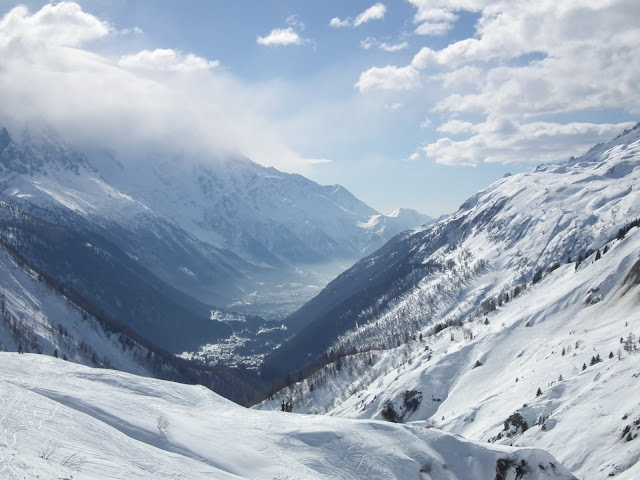 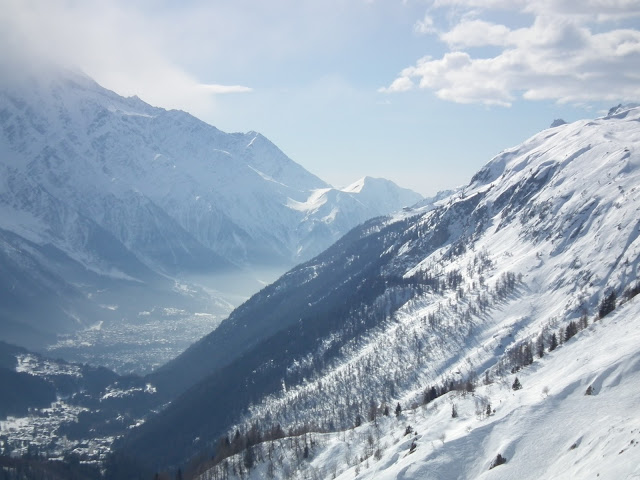 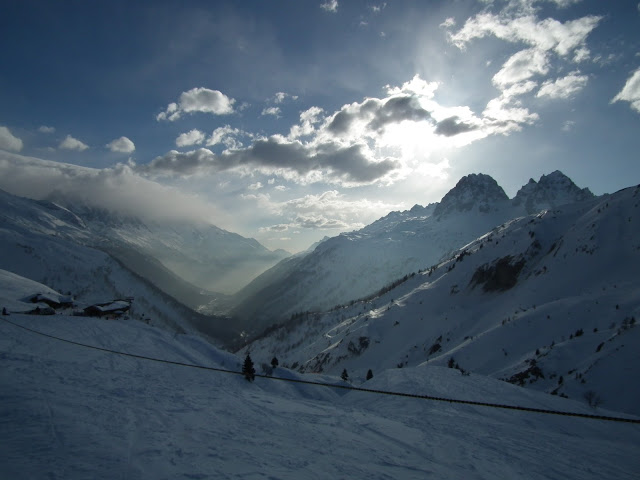 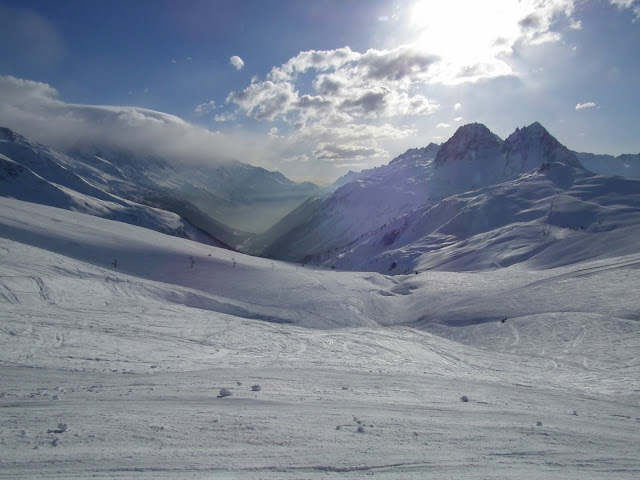 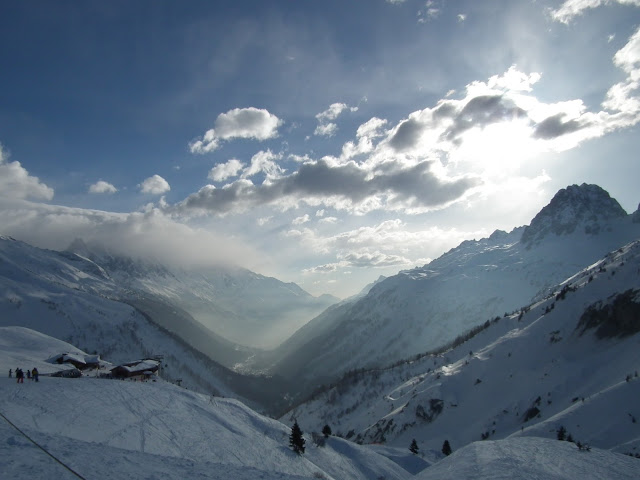 Posted by KnottedRose at 9:15 PM