As a continuation on from my last post... I spent the afternoon making the most of my Mont-Blanc Unlimited Pass. I took the short walk across town, to the Montenvers - Mer de Glace train station, which is located just behind the main train station. And took the 20 minute train ride up to the hotel above the glacier. 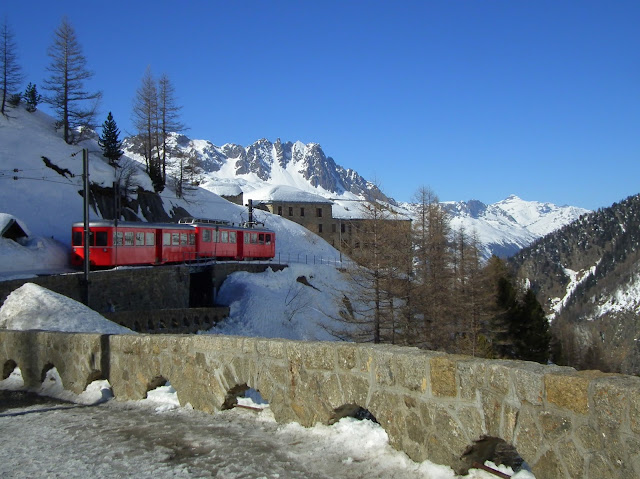 The train is an rack railway line, similar to that used on Snowdon, Wales. Even though i have seen it described as a funicular railway, my small amount of train knowledge knows that funicular railways use a rope and balancing system of two trains (i grow up near one). I am a bit picky, so i did my research. 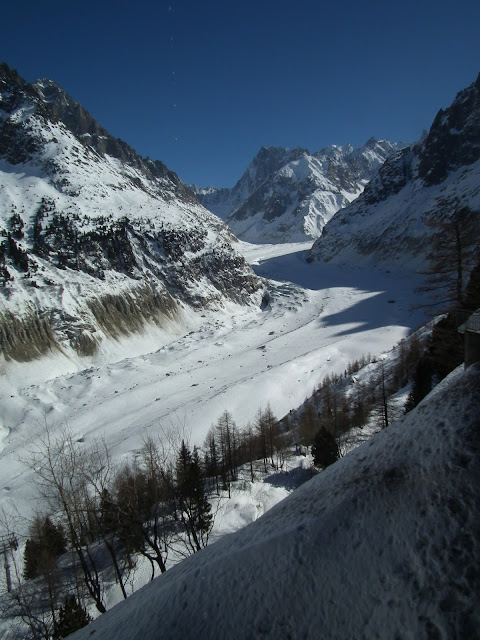 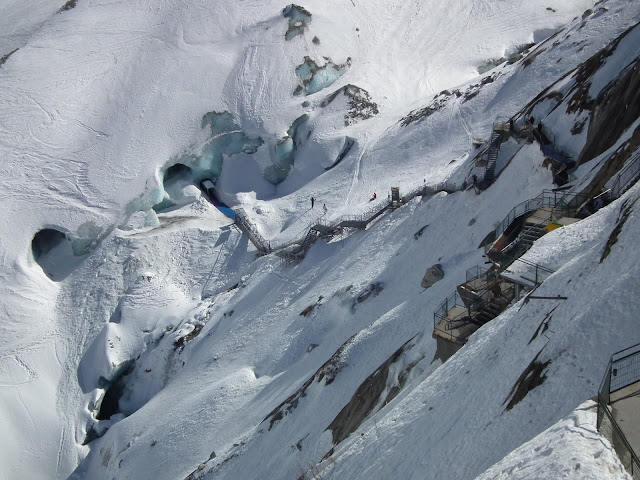 The Mer de Glace glacier has been in retreated science the Little Ice Age. This retreat is not steady, but an advancing and retreating cycle. However between 1994-2008 the glacier has lost 500m in length and 70m in height at the point of the Montenvers train station (see here). As you descend down the stairs there are plaques stating the height of the glacier in any particular year, which really brings home how much this glacier is currently shrinking. 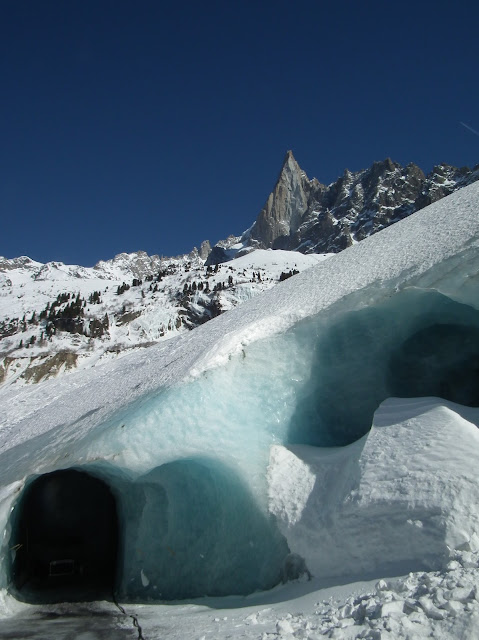 The ice caves are re-carved carved out of the glacier every year and serve as a mini museum. They are full of colour changing lights, a few bits of memorabilia and some rather odd tacky mannequins.  It was nice to be able to walk under the glacier, but the attraction really could have been made better, by either taking the above away or by putting more effort into it, sorry. 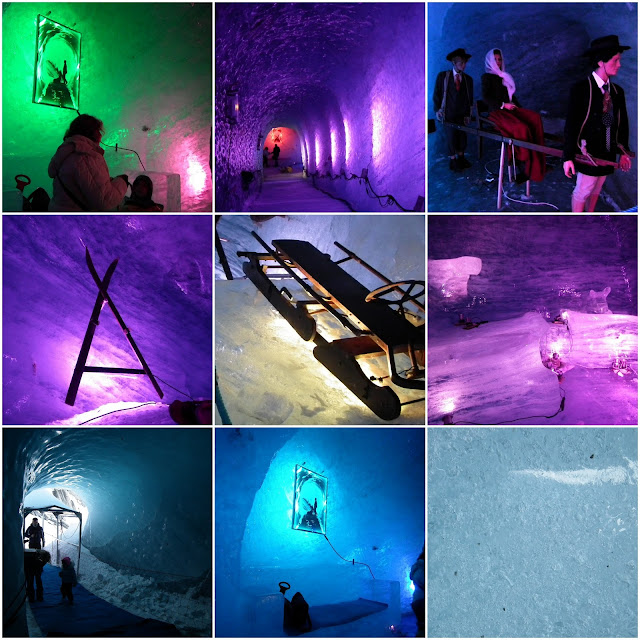 Once you have survived the climb back up the stairs. You can head to The Montenvers Hotel, were you can stop for coffee or food or head a little further along to the Glacier Museum. This is a very small but modern  museum, where you can learn about the cycle of glaciers, avalanches and watch the Chamonix valley change seasons. 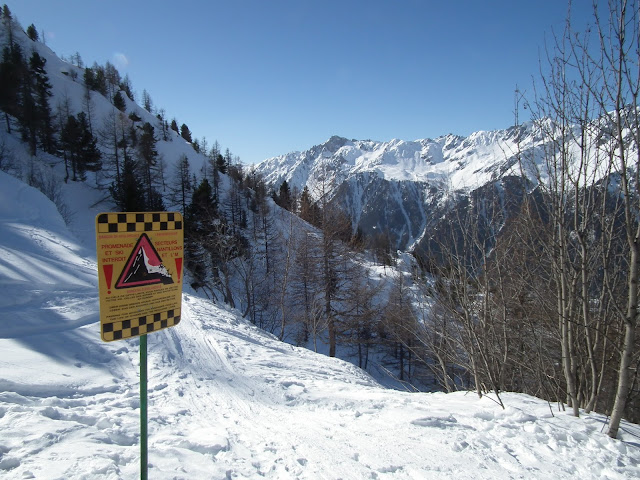 In the summer you can take walks from this point, but in the winter you have to take the train back down or join the skiers down the rest of the glacier. 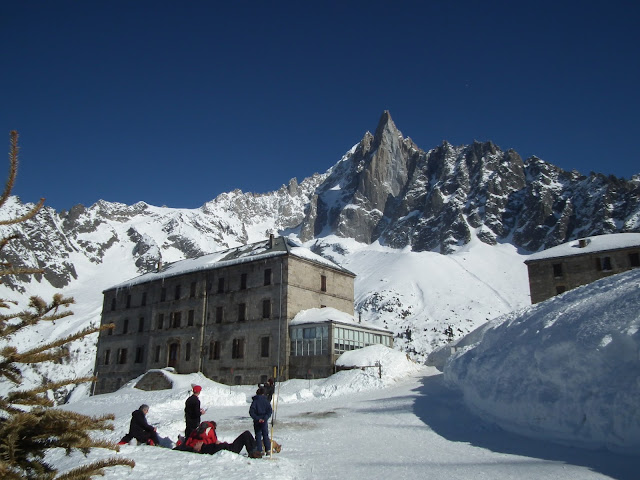 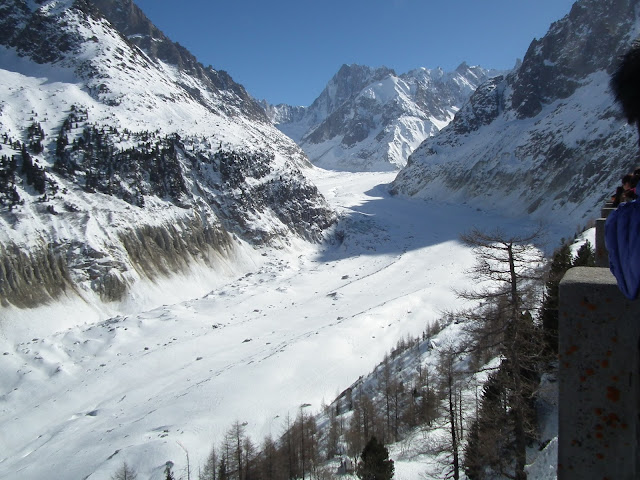 Posted by KnottedRose at 7:34 PM