I have just had my camera stolen from my room, and while i get over the shock of finding out that my insurance has just expired. I thought i would share with you a little of my experiences of theft on the road. Not that i want to scare anybody, because theft is actually quite rare, for me it has actually happened more at home than when i have been traveling. But by being aware of what might happen, can help you make the right decisions in keeping your own possessions safe.


In my case it has only happened 3 times in 15 years, and simple precautions like not leaving valuables on show, or in easy reach usually work fine. I have lost two cameras to thieves and both time i slipped up momentarily and left them unattended.

Luckily for me i was not personally affected by this incident, but it happened in my hostel dorm. When i came back from a day of sightseeing, all of the backpacks in my room apart from mine were gone. My first thought was that people must have left, but then one of the girls came back and found her backpack missing. After a panic she found all the backpacks in the corridor toilet. They had all been slashed open and searched. Most of the owners of these backpacks had packed-up all their possessions and padlocked them. I remember one girl lost, an MP3 player, camera and 100s of euros.

I always remember this incident every time i see somebody padlocking up there backpacks. Padlocks are great at keeping out pickpockets in airports, but will do nothing to stop, somebody with a knife or scissors entering a hostel with the sole purpose of taking what they can. Probably what saved my bag was the fact i am one of those annoying people whose possessions end up everywhere. My bag was on the floor with my clothes spilling out just as i had left it. I also never keep money or valuables in my backpack while i am not there. Despite not having anything to steal from me, if i had packed-up and locked my backpack, i would have had to buy a new one.

This is not to say that all thieves will automatically go for the padlocked bags, because a padlock might deter an  opportunistic thief  who sees an open bag and decides to take a dive. But the chances are if you padlock your bag and its the target of thieves, then you will more than likely lose your bag as well as your possessions.

Ok i will be the first to admit that i am an idiot. After two years of backpacking around Australia, and never having anything stolen from me apart from food, and hearing of relatively little of from others losing stuff. I left my camera on my hostel bed and went out exploring Melbourne. Could i have been any more stupid? I think i might have tried to cover it with the bed sheet! Made no difference though, my beloved Fuji FinePics S700 (easily the best camera i have ever owned) 'disappeared'. I only had a few days left in Australia, and this was not the the parting gift i wanted.

So i beg anybody reading this please, please, don't leave your purse on your bed, phone charging in the wall or camera on a chair and leave the room.  I see this all the time, and yes most of the time it will be fine, but if it goes missing you only have yourself to blame. 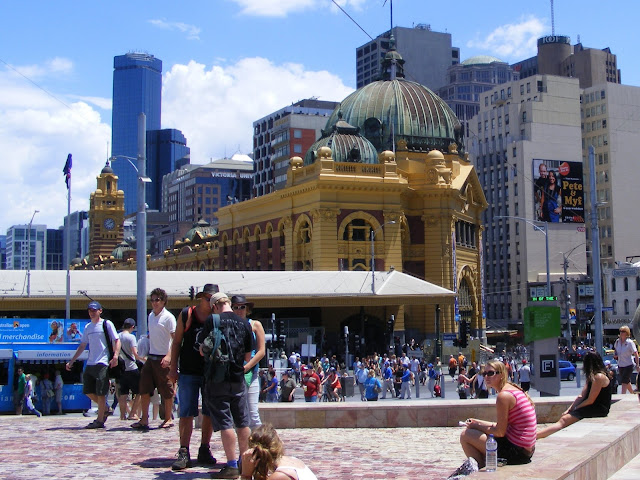 Food theft is the biggest problem any backpacker will encounter while traveling. You leave your milk in the hostel fridge and when you wake up the carton is empty. It happens over and over every day, every hostel all over the world, there is not really much you can do about it. Its not like you can really padlock your milk to the bunk bed in 40°C.

The anti-santa went one step over milk theft though, and to this day is probably the most shocking theft i have ever come across.

I was driving down Western Australia with a fellow backpacker, when we pulled up in Geraldon over Christmas. We found a lovely friendly campsite which felt quite safe, attached to a large caravan park. The camp area was only very small about 6-8 spots, but very well catered for. They had a nice camp kitchen, with a large fridge. It was Christmas, we and many others on the campsite went out and bought huge amounts of food and wine to feast on over Christmas.  I remember we bought lobsters, prawns, wine, endless amounts of veggies, salads, dips, ice cream and other goodies. We spent a ridiculous amount of money on christmas dinner for the two of us. The campsite was very good about this about bought in a second fridge so we could all cram all of our food in there, and those fridges were rammed.

I was second to get up on christmas day. I remember waking up and making my way to the kitchen to help myself to Christmas breakfast. My friend was in the kitchen looking rather miserable, along with somebody else. I did not really think anything of it. I helped myself to some cereal  and some milk from the fridge. When  i got to the fridge, i noticed that there was very little in the door of the fridge and there was no milk. So i asked where the milk was. I just got a double look of misery back, it took me some time after this to realise that the whole of the fridge was empty. I then opened the second fridge, this was also empty, along with both the freezers.

I was shocked, Christmas day and we had had pretty much all of our food stolen, though for some reason they had actually left us our prawns. "Thanks". After some further probing it seems that these thieves has actually gone on quite the christmas shopping spree. Around the caravan park people were missing fishing equipment, towels, and children were waking up to find that the Anti-Santa had stolen their Christmas presents.

This was planned and well executed. These thieves must have come in overnight and loaded up their truck. Not you usual milk thieves.

Instances like this have their positives though, it really brought the whole campsite together. We all got together and worked out what we had food wise, and what we could spare we also found a petrol station that was open about 30 mins drive from us and stocked up on nachos and Coke Cola, the owner even managed to find a couple of cheap bottles of wine for us.

Apart from being majorly pissed off in the morning, this is one of my most memorable Christmas's and i actually had quite a fun day.

Lesson learnt? There is nothing you can do about theft like this, apart from hope the lobster was bad (very, very bad). 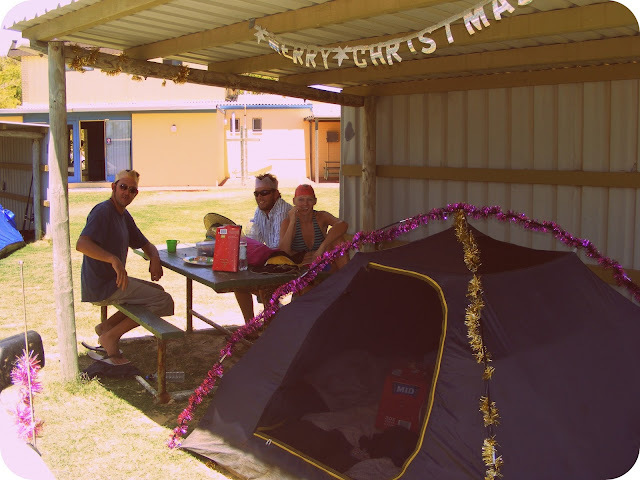 So to the latest incident. I am staying in student halls of residence and have the luxury of my own fully lockable room. I have been careful to always lock my door, even when going to the toilet or shower, as there is just something about the atmosphere here which just makes me a little cautious. I have been right to be cautious, as a few days ago i went to the toilet across the hall and did not lock my door. When i was on the toilet i heard something in the corridor, and when i got back to my room my camera had mysteriously 'disappeared'.

To make matters worse, i have stupidly let my travel insurance expire. It expired two days before my camera 'disappeared'. Now i won't be able to claim the cost of a new camera on my travel insurance. It is almost like this happened to remind me why we take out travel insurance. At least it was not an expensive serious accident, that i would be paying for for the rest of my life. Still having a camera is very important to me, and i don't have much money left.

I have a month left in Lyon and then its make or break for me as i need to walk straight into work as the cost of a new camera is going to be coming out of the money i had put aside if i did not find work straight away. I am even considering going back to the UK to try to find work. 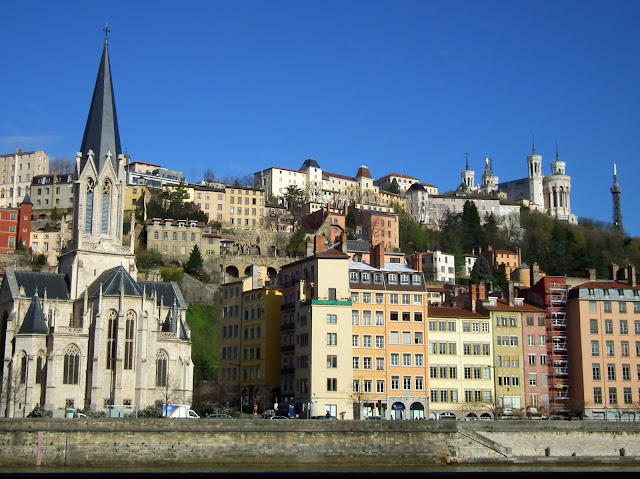