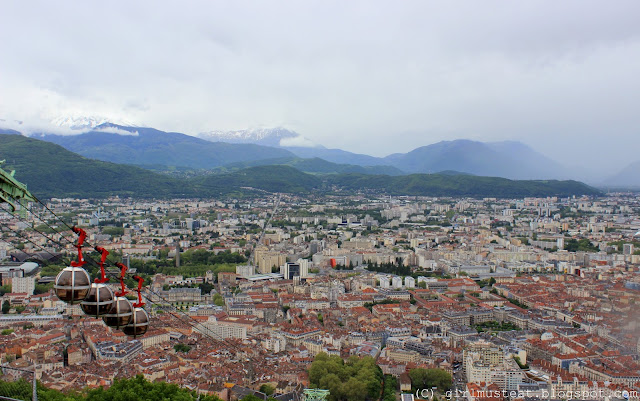 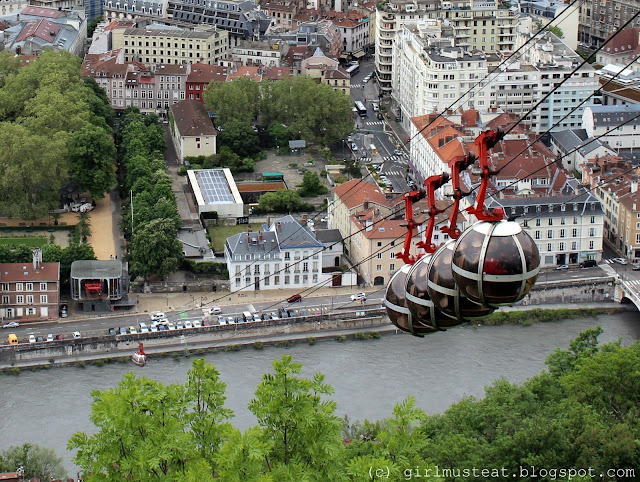 Despite the wet weather during my visit, Grenoble is a beautiful city. Is is located in the foothills of the French Alps and is completely surrounded by mountains. I took the risk of taking a day trip here from Lyon at the weekend, knowing the forecast was not good. I could have been really unlucky and not have seen anything. Luckily for me the clouds were not too low and they gave the surrounding mountains an appreciable atmosphere. During my visit the city was hosting a samba band festival, so my whole day was accompanied by the sound of drums, which you could hear as far as the Basilica. This definitely lifted my spirits in the rain.

With only a few hours in Grenoble, i visited the Tourist Information about what best to see. The Tourist Information were really helpful here, unlike in other cities. They gave me a good map with two self guided walking tours on it, which i used as best i could after i prioritised the trip up to the Basilica on the cable car.

The cable car ride with its unusual little baubles, was fun. Everybody gets a seat facing the window, so everybody gets a good view. The windows were quite scratched up and wet, so i was hard to take a photo from the inside without it showing up. But the views were stunning. Once up on the Basilica, there are several viewpoints. My favorite was the Geologist Terrace, being a former geologist i still get nostalgic at names like these. The Basilica is basically a ruin, with lots of touristy paraphernalia, but i was surprised to find that on a weekend in May, most of it was shut up. I had heard that there were three restaurants up there so i was hoping to get some lunch, but again they were shut. Looking at their menus they are really high end and there was no way i could afford their prices. The snack shop was also shut.

So with everything shut up at the top i walked around to the caves, which are free to get into. They served as part of the defence of the Basilica and make for a good visit. I only paid for a single for the cable car, so i walked down the hill, which takes about 30 mins and is an easy path. I was starving by this point, so let just say is was a beautiful walk, but i wish i had eaten.

Back in town, i started scavenging for somewhere to eat. 5pm in France and nowhere serves food. Eventually i found a sandwich seller, who was willing to microwave a pizza for 3 Euro. Not the sit down meal i was hoping for, but enough to get me through a few more stops on that tourist map. Grenoble has a number of interesting building and squares, and possibly the most boring cathedral front in France. At first i could not quite believe that what was in front of me was marked on the map as the Cathedral Notre Dame. I could have walked passed (hang on, i did earlier). Inside it was a very plain, mosersrty style building, except much larger in size. Its light ary wall made it quite peaceful.

I really wish i had more time to explore, but this city has plenty to offer sightseers for a day or two. There is a really inviting covered market called Halles Sainte-Claire next to the tourist office, which was shut, but looked worth a visit. I love that kind of ironwork, maybe its my Shropshire heritage. Who knows. 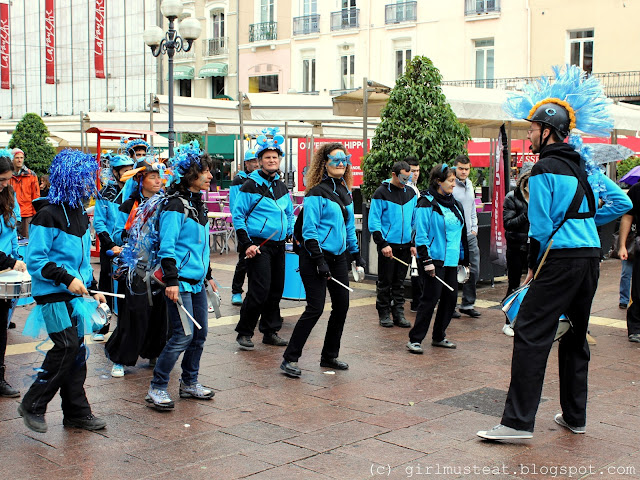 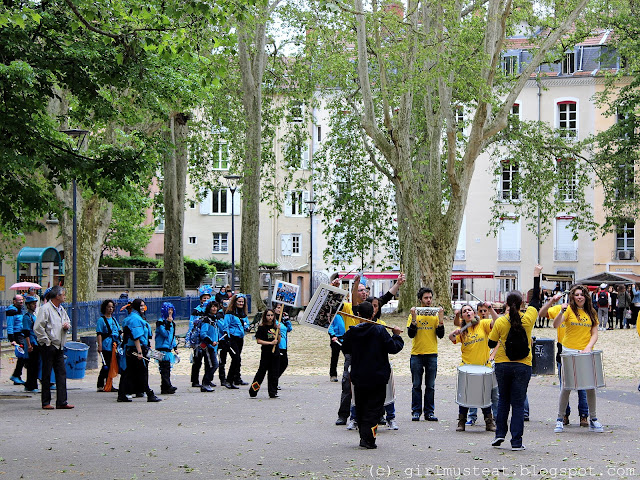 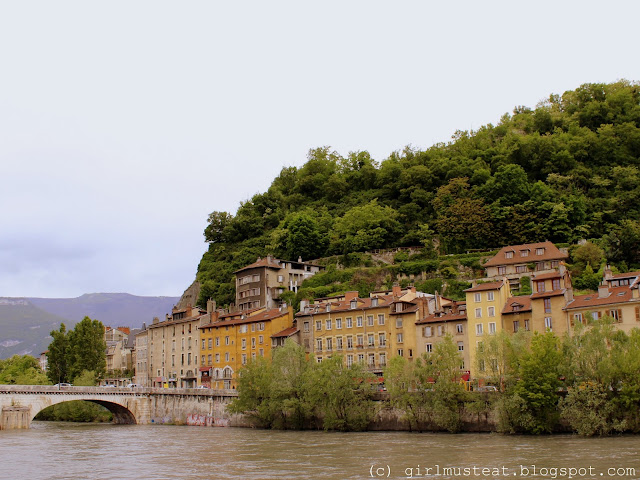 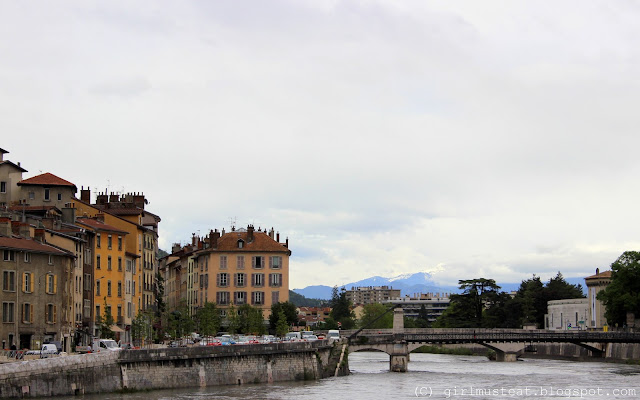 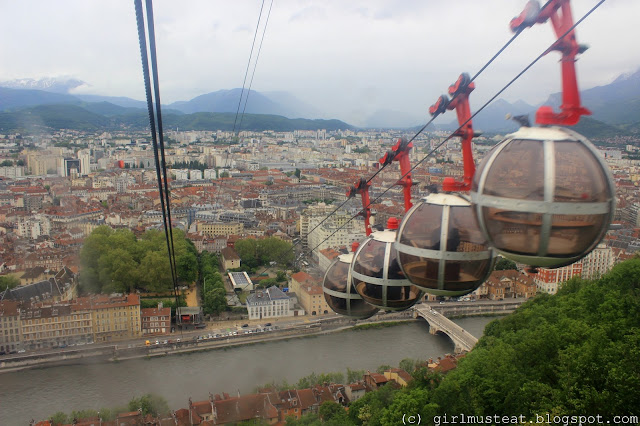 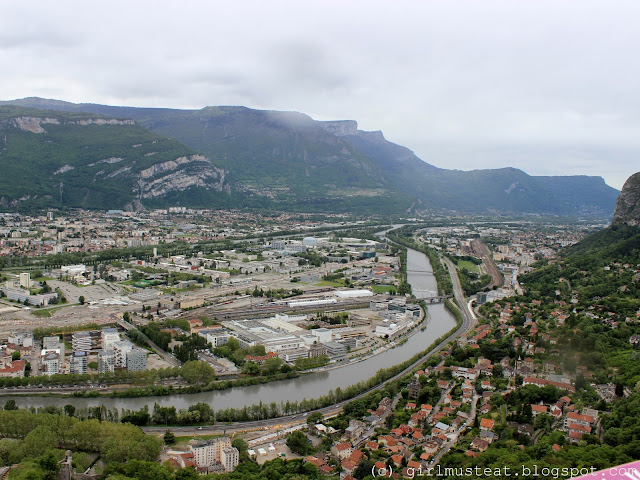 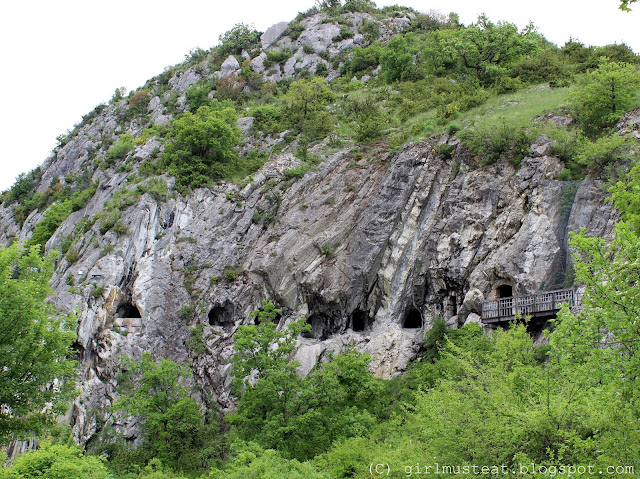 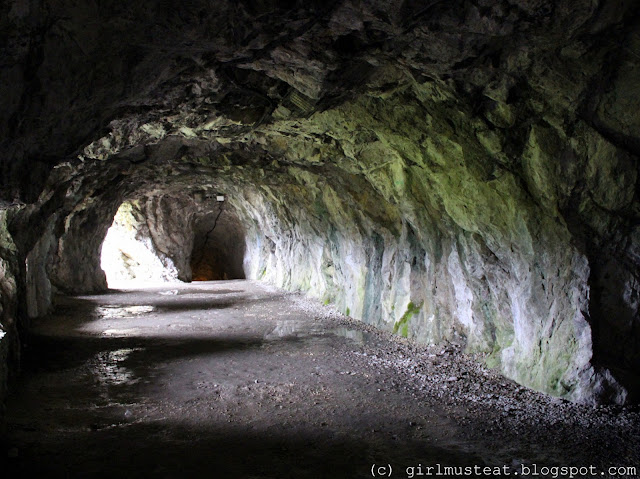 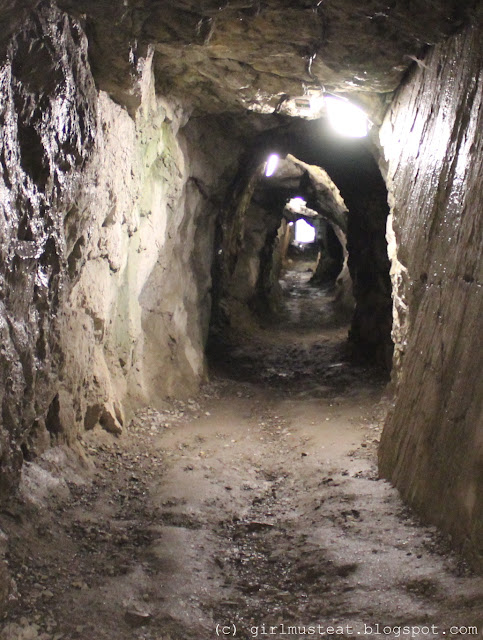 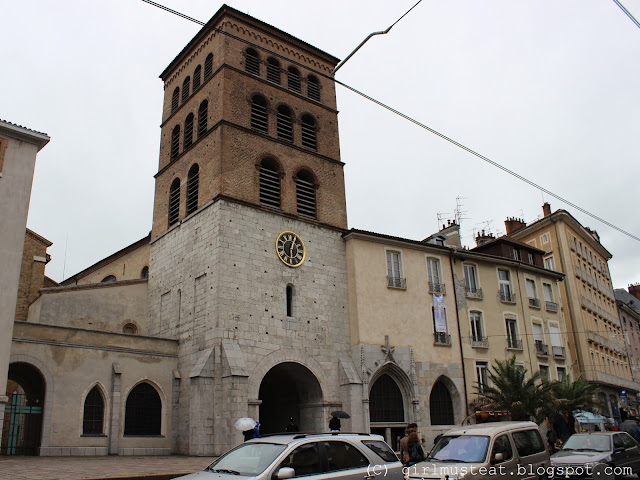 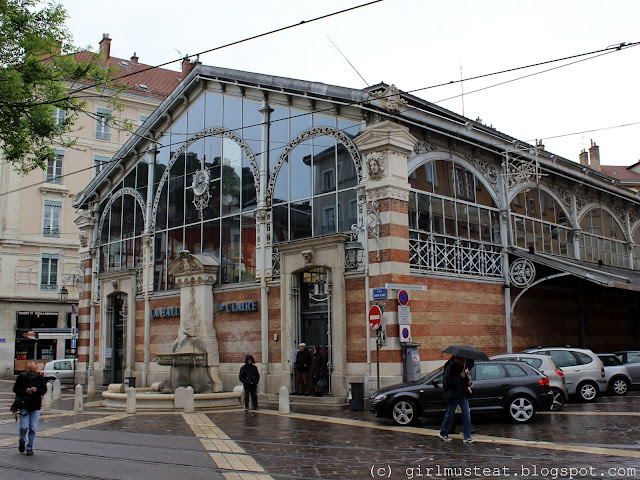 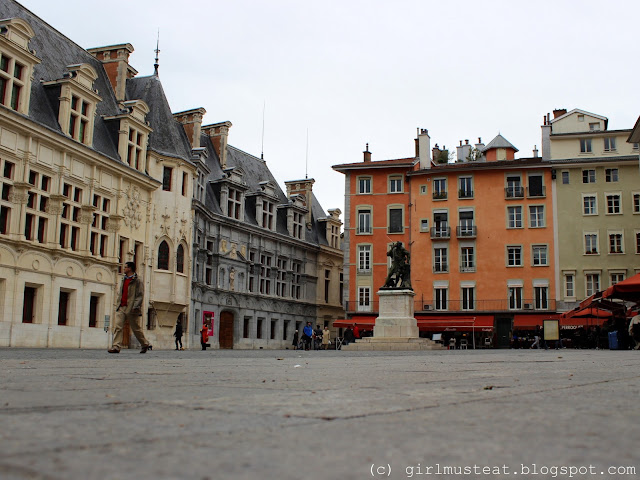 Posted by KnottedRose at 8:31 PM